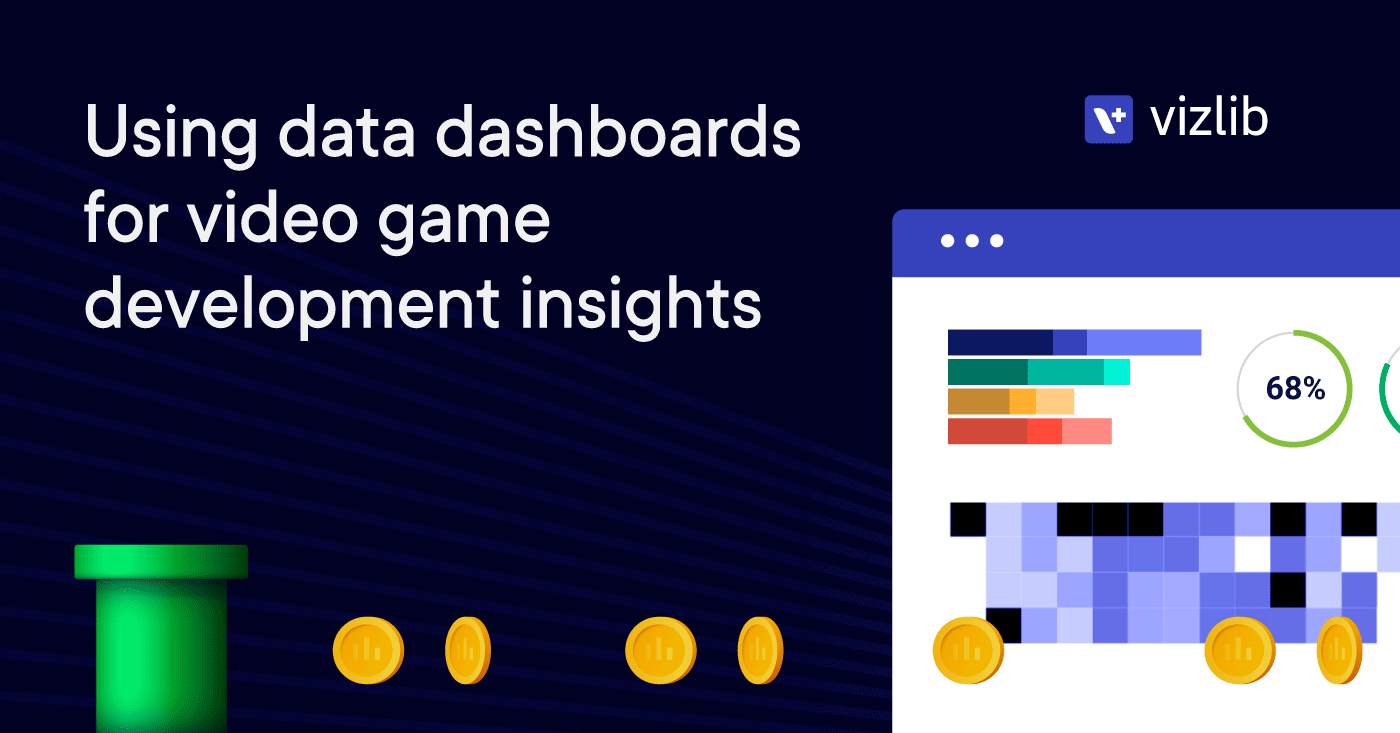 It’s no secret that video game development is big business. The market in 2021 in the US alone is worth $65.49-billion, with consumers spending an average of 11.6-billion in 2020. Epic Games and Apple were recently involved in a massive lawsuit partly over store fees, and with global figures, it’s easy to see why. Well, it’s easier to see why with Qlik Sense dashboards.

If you are a video game developer – whether it be on console, PC, mobile, or arcade – there’s a lot of competition out there. Take the Steam store, for example, which saw the release of over 3000 titles in 2021 so far. But how do you set yourself apart from all of the other development houses, whether they be indie or AAA?

The video game market is a treasure trove of raw data. You can analyse social media interaction on official video game titles and developer accounts, forums, and review metrics. And let’s not forget YouTube and Twitch, the new meccas of video game content.

All of this information will give you a good idea of not only what potential customers are talking about right now, but what they aren’t interested in. Do you really want to work on a new battle royale game for years, only to realise that the market is oversaturated? Of course not.

Once you have all of that data, you’re going to need to sift through and display it in an easy-to-understand way. That’s where analytics dashboards come into play. By understanding where the market is right now, and where it’s heading, it’s easier to plan your next project. And more importantly, your next Big Hit!

Planning ahead with Qlik Sense dashboards

Video games can have increased longevity. Titles used to be about playing them once and moving on, however, video game studios are moving to software as a service (SaaS) models when it comes to their titles. Grand Theft Auto V has gone to town with its online components, and Ubisoft is moving the Assassin’s Creed franchise towards an online system. The continued development of these titles is fueled by microtransactions – small in-game cosmetic or gameplay purchases.

By including data dashboards in your development and planning process, it’s easy to drill down and learn what customers will pay for and what they want already baked into the initial release of a game. You might find that your target audience loves changing the way their characters look, or are hungry for additional story content.

With the power of Vizlib Self-Service for Qlik Sense, it is easier than ever for anyone in your company to create their own data dashboards – looking at when a user may give up on a level or for how long they play – to slice and dice data the way they see fit.

Development timelines can be taxing, especially if you want to launch a beta build of your game as soon as possible. That is why Vizlib Gantt for Qlik Sense is the perfect visual project management solution. You can easily create a timeline for the art, narrative, or Q&A departments to fit in with the scope of your project.

Are you ready to make your next game a smash hit? book a demo today

Make your data talk with Vizlib’s interactive visualisations, self-service analytics, and game-changing writeback capabilities - free for up to 5 users.