Supercharged: Using Vizlib to create next level designs in Qlik 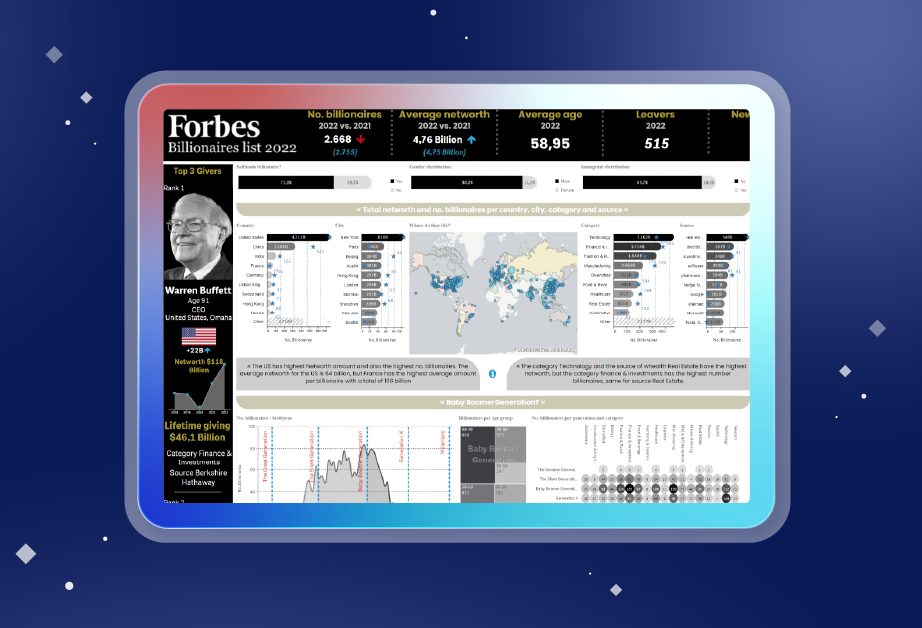 In our previous article we discussed the visualization of Nobel Prize winners. This time around, we’re diving into the topic of Forbes’ billionaires and exploring how you can use Qlik+Vizlib to bring a complex data set to life.

While it’s true that insights about billionaires – who they are, where they live, and what they do – is pretty compelling on its own, it’s also true that a thoughtfully prepared dashboard – like those created using Qlik + Vizlib – can enhance the data and turn it into something more, like a story.

And the dashboard we’ll examine today was built to take an end user or audience member on a journey, while educating, engaging, and even entertaining them along the way. 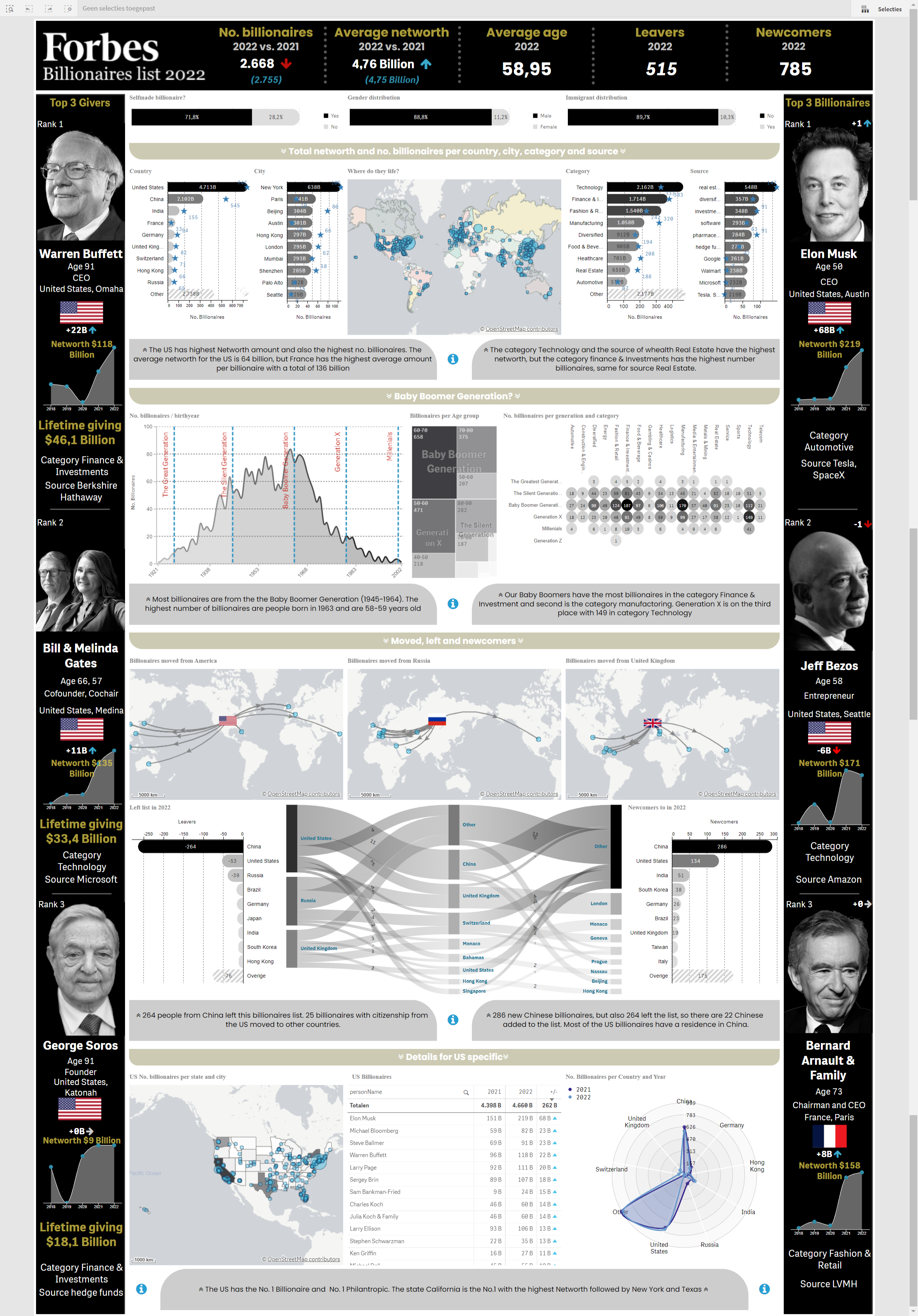 This dashboard digs deeper into the richest billionaires of modern times. It dives deeply into industry profile, gender distribution (spoiler alert: it’s not exactly even), and age distribution in a number of compelling charts and visualizations.

In this article, we’ll look into these techniques one at a time, explaining how the visualization was created, why the technique is right for the job, and how Vizlib made it possible to transform this data into a striking, interesting story.

The setup for this application is relatively simple. Frequently, a creator will use Sheet Menu to create the overall look and feel of a dashboard by making minor tweaks on a custom theme. In this case, to achieve a grey colour in the palette for the native Qlik objects. Instead, here the creator uses settings in each object to control the design.

After setting an overall theme, an important part of creating a dashboard that’s interesting is choosing how to present the data you’ve visualised. Said otherwise: choosing which data visualization technique to use is just as important as choosing where to display it on your dashboard. A dashboard should present the maximum amount of information in the least congested or chaotic way possible, so choosing how to arrange information – and having the freedom and flexibility of a solution designed for customisation, like Vizlib – is critical for success.

You’ll notice that the dashboard we’re looking at here uses a limited number of colours, and that those colours are relatively muted and neutral. This is a conscious choice by the creator to let the data do most of the talking without distraction. The strict black and white contrast is used in limited parts of the dashboard to create and enhance dimension, but it’s not used everywhere so as not to overwhelm the viewer.

If, for example, you were examining a data set about the evolution of clothing worn by cartoon characters on TV, you might choose to use more fun or bright colours with more variation. Ultimately, it’s important to create an app that feels representative of the data.

Generally, developers and creators have their own processes for deciding how to present their visualizations: you may create an outline first, or you may find the perfect balance through trial and error. However you go about it, striking the right composition – balance between text and images, contrast between light and dark, harmony between portrait and landscape elements – is an undeniably important part of making sure you get your message across clearly and effectively.

The example we’re exploring today does a great job of presenting the data at hand in an attractive, appealing manner. Let’s dive in and see exactly how it was built.

The top part of the dashboard, which shows the title and several key numbers, is created using the Vizlib KPI Designer, which allows for free placement of each individual object and full customization of colours and fonts. Vizlib Tiles would have been another way to easily and efficiently visualize this information. Vizlib Tiles is a great option for creators who want to visualize the same design over repeated dimension values.1

The numbers presented at the very top of the dashboard gives the user a general idea of the Billionaire crowd at-a-glance. Something to note here is that the number of billionaires have decreased during 2021, leaving the current list with a slightly higher average.

The Vizlib Bar Chart is used in combination with the world map to show the countries and cities with the most billionaires. The use of multiple visualizations for the same data allows users to more easily view both global locations and country-specific data. 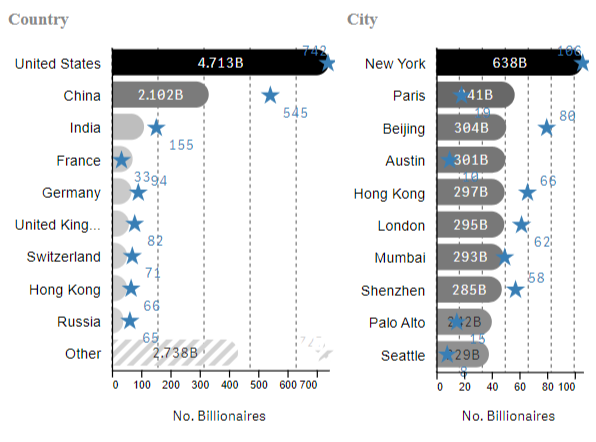 Additionally, the net worth combined with the number of billionaires in these charts also provide a quick understanding of wealth per individual. Note how China has a relatively large number of billionaires, but these individuals are, on average, slightly “poorer” than their US counterparts. Note also how the colour difference from black to grey enhances the difference in these numbers. A last detail to notice is how the striped bar for “Other” countries really emphasises just how vast the wealth in the US and China really is relative to all “Other” countries, combined.

Here, the Vizlib Line Chart provides a very clear picture of the age distribution among billionaires and effectively shows the noticeable spike between the Boomers generation and Generation X. Interesting to note is that people born in the early 60s were in a great position to make the most of the IT-boom that occurred once they reached adulthood a few decades later. An effective enhancement to this chart is the addition of the dashed blue vertical reference lines and text, which create sections for each of the different generations. Also note the slight change in colour from left to right that makes the chart feel more dynamic and alive.

Deceivingly simple items like text segments are highly important components in any design. Used to convey information and also separate sections, the Vizlib Advanced Text Object is a versatile component that shouldn’t be overlooked. Note the subtle details here: a clear and readable font, a crisp and non distracting background colour, and the rounded corner that fits right in with the rest of the design. Add tooltips and links to the text and users can gain easy access to more information if needed.

Despite how useful they can be, Text Objects are probably the most underrated technique for a dashboard!

One of the more interesting charts displayed on this dashboard is the Vizlib Sankey Chart. Here, it’s used to display country of citizenship relative to the counties and cities where the billionaires actually live. There is tons of great information conveyed in this chart, but it’s particularly notable that London leads the way, with plenty of billionaires from both Russia and the United States taking up residence in the Big Smoke!

This chart also uses the Vizlib Flow Chart extension, which is a new and more competent evolution of the Vizlib Sankey Chart. The Flow Chart can do most things the Sankey Chart can do, but it has the added advantage of being able to handle end-points in a more effective way. For example: Flow Chart would allow a creator to visualise the user flow on a website where the users drop out from certain pages. 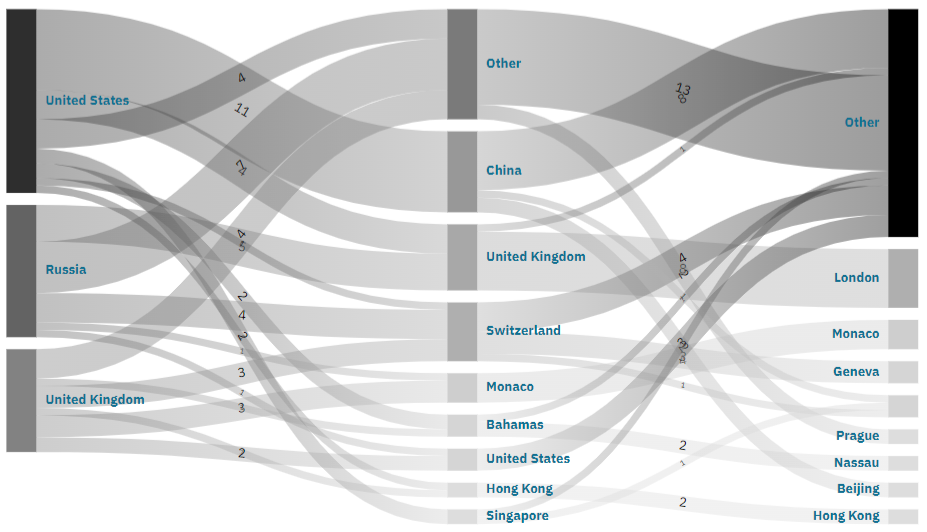 The trick to actually mastering these techniques and creating a killer data dashboard is simply to get started! Since that’s easier said than done, it helps to break down the creation process into steps, which you can tackle one-by-one so you can start supercharging sooner, not later:

Building an incredible, engaging dashboard requires ingenuity, skill, and out-of-the-box thinking. And for a lot of users, designing something as comprehensive and aesthetically pleasing as what we’ve explored in this piece isn’t front of mind. But with a few tips, tricks, and tools from Vizlib (and a bit of practice!), any creator can take their skills to the next level and begin building dashboards that go beyond visualization to tell a clear, compelling, and convincing story.

1In this case, there is no dimension to repeat over, but creating a “fake” dimension is a quick and easy way to work around this issue. To review articles about this technique, check out the Qlik Community.

Learn how Vizlib can supercharge your Qlik analytics

Schedule a demo and chat with our product experts

How to maximise success with Vizlib Live! 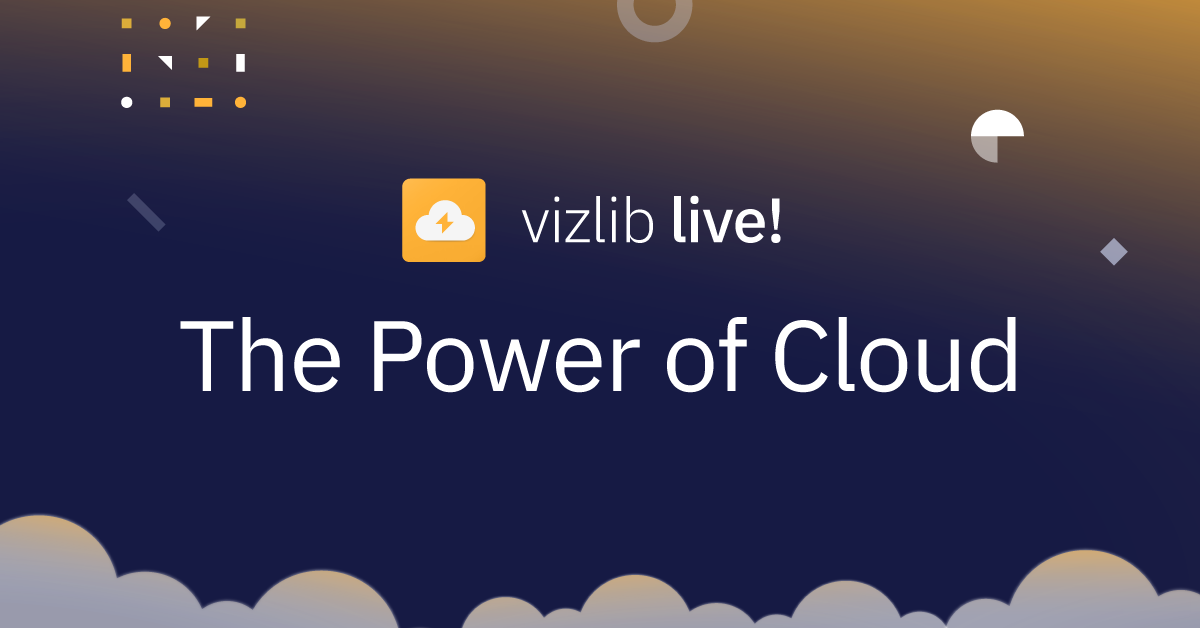